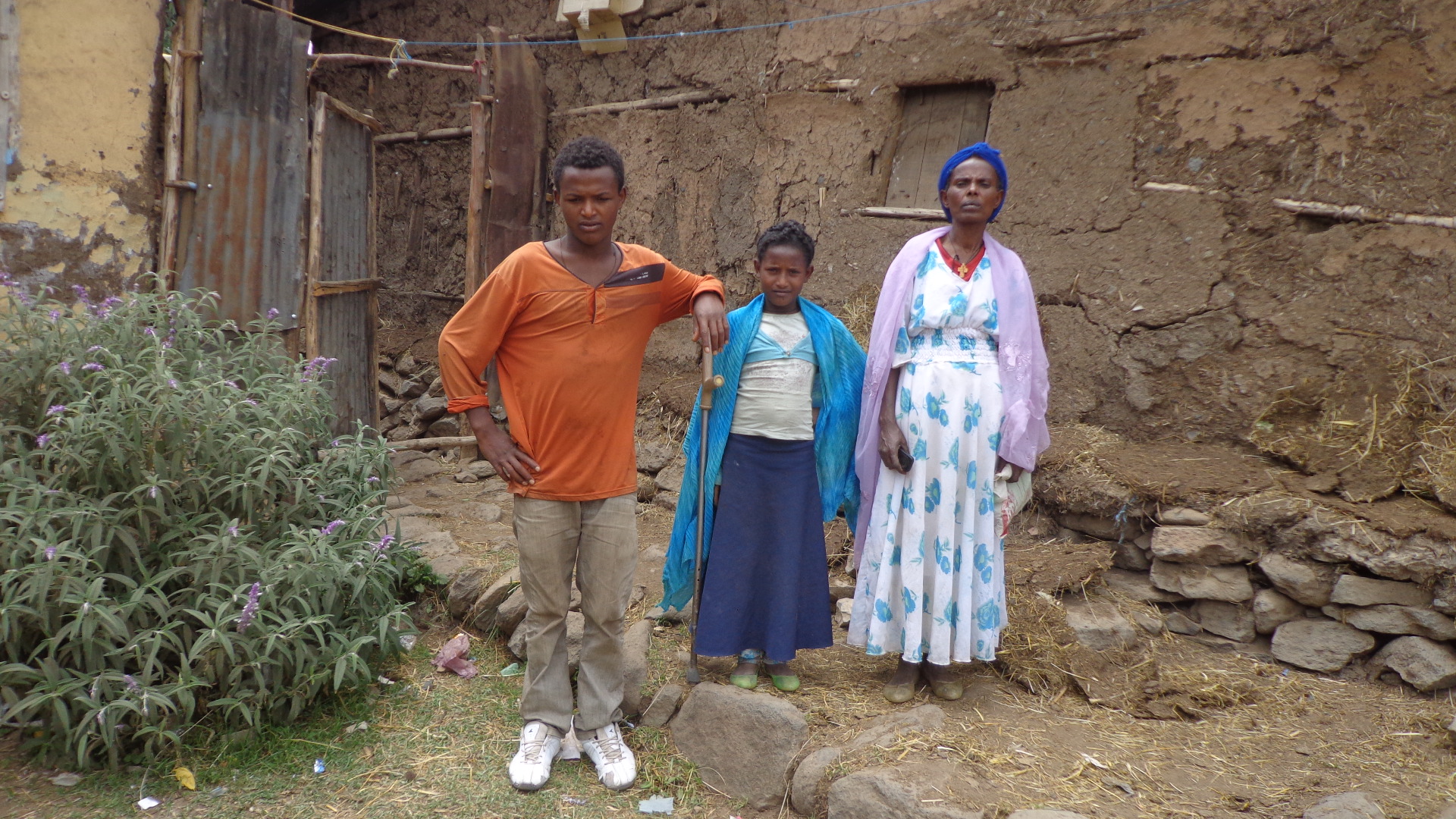 Belay(left) with his mother and sister

Belay, 15, has been working since age 11 repairing tires to support his family after his mom’s health declined and she was unable to work. He was hit by a car while working on the side of the road and is now supported by the Community Rehabilitation Center of Fitche (CBR Fitche). They have helped with his medical operations and his family had survived on relief food aid from a local church since his accident.

After a long battle with the severe leg damage he sustained, he is able to walk using an assistive device now. He also just started to go to school for half days, and works as a shoe shine boy the rest of the day. He earns $20 USD a month, and paid one third of it for house rent. His mother, Ejigayehu had been applying for a cheaper government rent house for over 12 years in vain.

Belay says, “I dream of our own home where we don’t pay a rent so that I work less and study more”.

Belay is just too young for what he has been through over the years. This support he received build will change their lives, providing housing security and helping him to be able to go to school again.