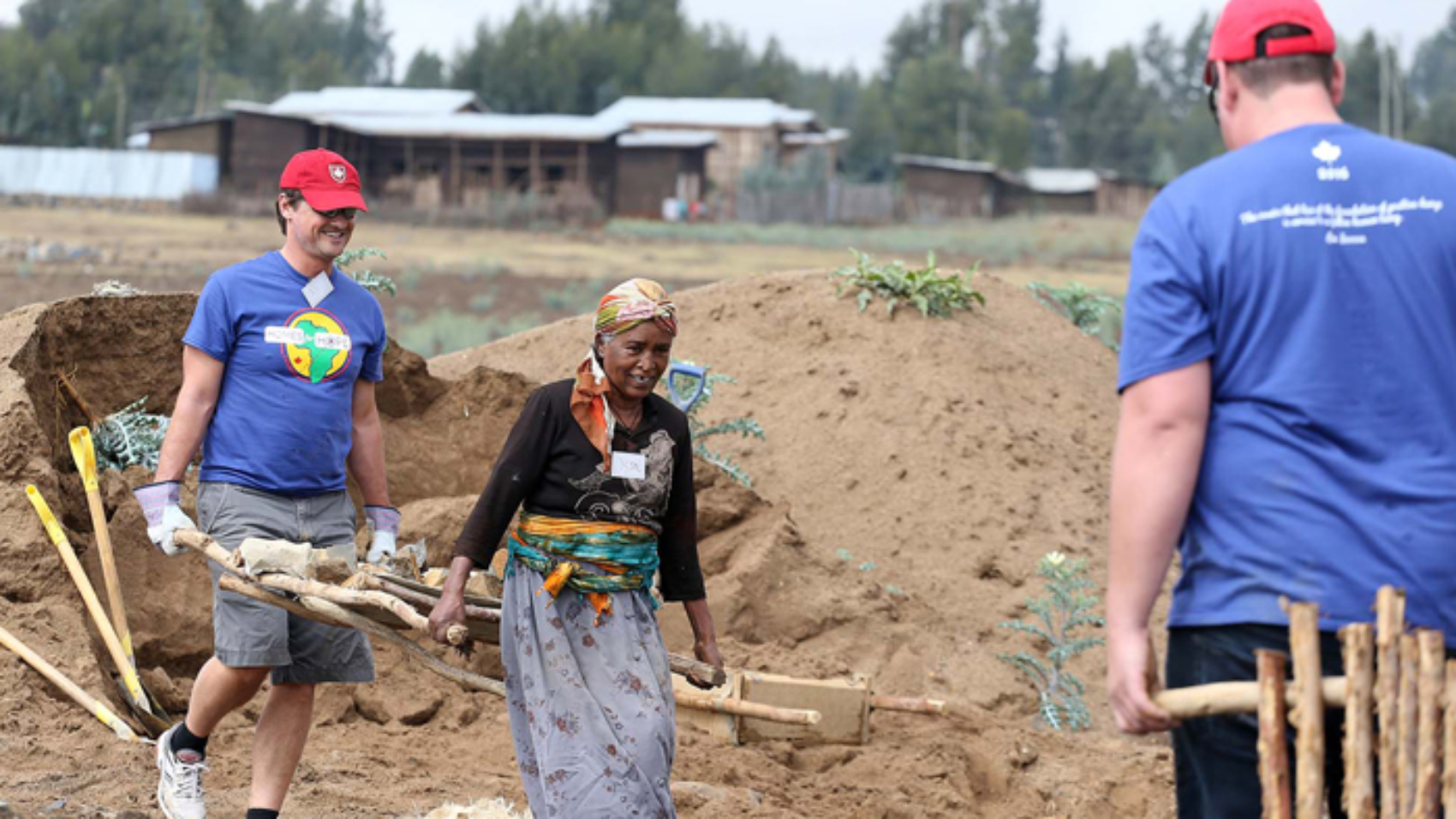 During my recent trip to Malawi I was blown away by the real impact of giving someone a home as related to me by one of the families whose home we built during last year’s build trip.

It was pouring with rain on the second day of the build trip, and so we were unable to build. Our host asked us would you like to go and see one of the families whose homes you built last year? We of course said yes.

When we arrived in the community and weaved our way through the houses, we turned the last corner to see Zione Johnson standing outside her new home surrounded by kids. When she saw us, her face lite up. She clearly remembered us.

After a few hand-shakes, she invited us into her new home. She was truly proud to show us her new surroundings. When we asked her what happened to the old home, as it was gone. She said she tore it down brick by brick and gave them to a family member so they could build themselves a new home. Recycling and blessing at its finest.

We sat down to chat with her and had no idea what we were in store for.

She told us that before we showed up last year, she was treated very poorly by those in her community because of her disability – a leg deformity that limited her movement. She said she couldn’t even find work. She told us the ‘lowliest job’ in the community is repairing potholes in the road and she couldn’t even get hired to do that. She said people didn’t think she was capable of anything. She had no means of employment. Relied solely on the kindness of family and friends to support her and her five kids. None of her five kids were in school.

When she was told she would be getting a new house, she told her neighbours, none of whom believed her. They laughed and said why would anyone give you a new home. But when the materials started showing up, they started asking questions. And then, she smiled and pointed at us when she said, when the Masungu (white people) showed up, they knew it was true, I was getting a new home.

She said the attitude in the community started to change towards her. When her neighbours saw that we deemed her worthy of a new home, they started to see her in a different light. Perhaps she was worthy. When the house was completed and she and her children moved in, she said it was a blessing beyond imagination.

You see, her old home was falling apart, and when it rained in the middle of the night, she feared her home would collapse. So she would get up, and carry all five of her kids to other homes to sleep for the night, fearing they would be hurt if the house collapse on them when it rained. Now she says when it rains and we are woken up by the sound of the rain on the tin roof, we simply roll over and go back to sleep knowing we are safe.

Her new house has also become the gathering place for all the children in the neighbourhood.

She said it also helped change her self-image. She believes she is now worthy. And she said, she won’t take no for an answer when she goes around asking for work. In fact, she said she won’t even settle for the lowliest job of fililng potholes. Now she tells the landowners she wants to work in their fields during harvest time. She says she is just as capable as any other worker and they must hire her, which they do.

Now she says she gets piece-meal all the time. Is able to buy food and clothing to support her five children. All of which are now in school. And she smiles from ear-to-ear when she says that.

If anyone ever asks you if building someone a home impacts their life, tell them the story of Zione. How building her home restored her self-image and helped others see her differently.

That is true impact. And that was only made possible because of your generosity to our Building Homes, Building Hope project.

Whenever you look at this photo Zione and four of her five children, please remember you made this possible with your gift.

Thanks and God bless.

Homes for HOPE partners with the building industry to invest in underserved families around the world for their holistic flourishing unto the glory of God.